Venezuela could be a driver for oil growth this spring - ConsultFX

Venezuela could be a driver for oil growth this spring 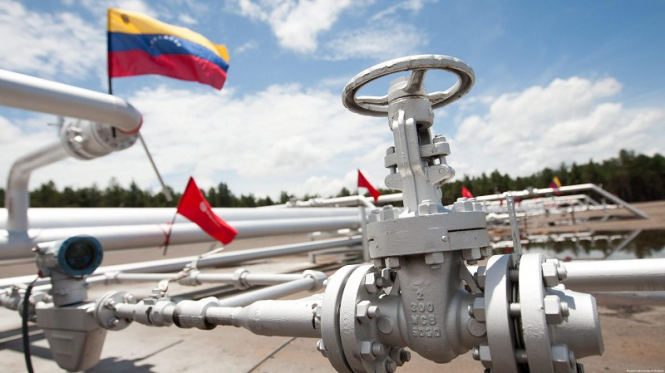 In fact, there are currently no factors on the market that can significantly support oil prices. Energy stocks in the United States continue to grow, the first results of the OPEC + transaction will not appear soon. In addition, from the side of stock markets, the threat continues to go. A new wave of flight from risk will surely overwhelm the commodity segment.

The bulls did a good job at the end of last December and the first decade of January this year. In order to drag quotes up, they need a new feed. If we consider what we have now, geopolitics may well become a positive factor. In particular, the threat of US sanctions against the oil sector of Venezuela as a protest against the Maduro regime, who stepped in for a second presidential term on January 10. Judging by the information in the media, Donald Trump may make such a decision in the coming days.

In recent months, oil has significantly reduced in price, and Washington, apparently, has weakened its fears about the rise of black gold in the event of the imposition of sanctions. It is important to remember that Trump needs cheap oil, which he openly stated more than once. Certainly, symbolic sanctions against Iran are a vivid illustration of his position. Therefore, if measures are still taken to Venezuela, then they are likely to turn out to be a special format that contributes to a slight push up of oil.

Sanctions hurt the US

Sanctions will seriously hit Venezuela, while the States themselves will be among the victims. Now the oil storage facilities in the USA are full, the plants are working at full capacity, and the stocks of petroleum products are accumulating.

Mexico at the time of solving the problems associated with the thefts from pipelines suspended the purchase of American raw materials. If Venezuela follows the same path (it will suspend imports), you can wait for a surge in stocks of petroleum products.

During 2019, oil production in Venezuela will drop to 1 million barrels per day. This opinion is shared by most analysts and strategists. In case of acceleration of this process due to sanctions, oil quotations in May may sharply increase.

A combination of factors such as sanctions against Venezuela, the beginning of the US auto season, the expiration of the exemptions issued to importers of Iranian oil, and the restrictive measures OPEC + can lead to a tightening of the market situation in spring.

On Friday, the prices of reference brands of oil change slightly. If during the Asian session, quotations began to grow due to the prospects of reducing the supply of fuel from Venezuela, then during the European one they decreased.