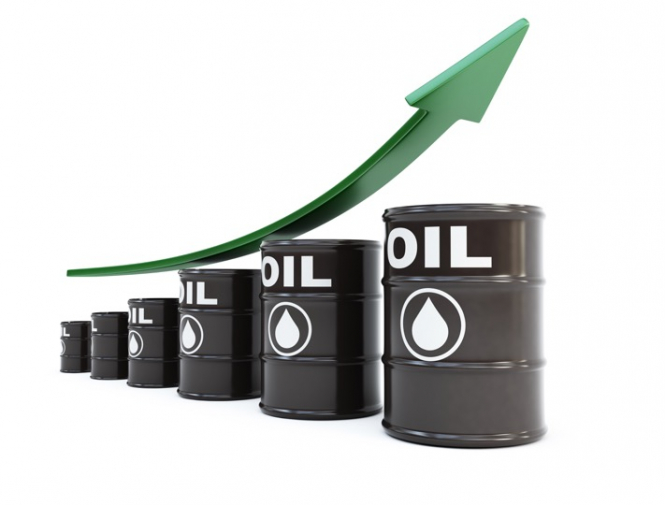 Currently, experts point out three factors pushing up oil quotes. These include positive sentiment regarding negotiations between the United States and the People's Republic of China, a decline in production by leading oil producers, as well as positive statistics on black gold reserves in America.

Brent crude oil has completed the current session growth, rising above $ 60 a barrel. On Thursday, January 10, it was trading at $ 60.79.

The growth of quotations was promoted by the next round of talks between the United States and China on trade issues held the day before. Market participants expect the head of the White House to be able to negotiate with the Chinese leader and a lengthy trade conflict will be resolved. According to analysts, this would support financial markets, sagging at the end of 2018.

A positive impact on oil quotes also had statements by the authorities of Saudi Arabia about the readiness for an additional reduction in oil production.

The data from the US Energy Information Administration (EIA) has become another key driver for black gold prices. According to the report of the department, oil reserves in the United States during the week ended January 4, 2019, decreased by 1.7 million barrels. This surpassed analysts' forecasts, expecting a decline of 1.4 million barrels. Earlier, the American Petroleum Institute (API) announced a reduction in reserves of 6.1 million barrels.

Experts believe that the potential for short-term oil price growth has not yet been exhausted. In this regard, some departments have revised the previous forecasts for black gold prices for the current year. These institutions include the largest American investment bank, Morgan Stanley. Regarding the cost of Brent crude, the bank's experts predicted that in the first quarter of 2019 it would be $ 58 per barrel, although they previously counted on $ 65 per barrel. It should be noted that many analysts are sure that the previously high level of $ 65 per barrel is quite achievable. In the second quarter of this year, the price of Brent will rise to $ 60 per barrel, according to Morgan Stanley. The forecast of the value of the reference mark for the third quarter suggests an increase to $ 62.5 per barrel, and in the fourth - to $ 65 per barrel, summarize the bank's experts.

A number of experts believe that the black gold market is far from a glut. They are confident in its balance, which is expected to continue throughout the current year. Such an assessment of the situation implies a further increase in oil prices. However, the recovery of the market will be limited to the mark of $ 65 per barrel, including due to the decline in oil imports to the PRC and the reduction in the share of OPEC in the global market, experts are sure. 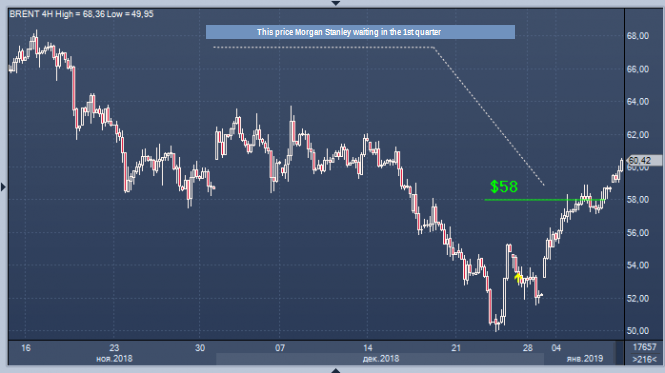