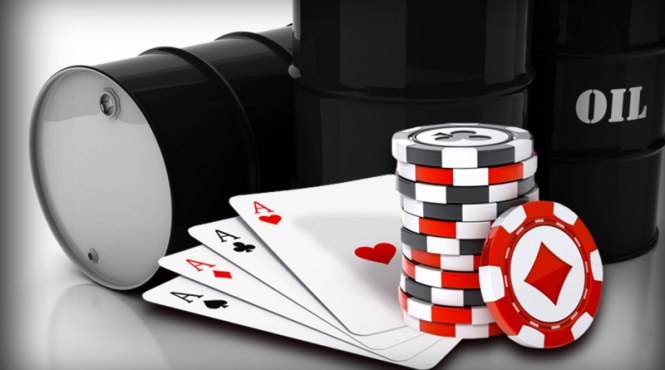 Since the beginning of October 2018, large hedge funds have more than tripled short positions in oil prices. Their volume was the highest in the last four years, analysts say.

As quotes decreased from the highs of early October from a level of $ 86 to the current figure below $ 60, investors increased their positions on the sale of raw materials last week, thereby strengthening the downward trend in the market.

As a result, the stakes on the drop in leading oil prices in London and New York have reached a record level in the last 16 months. At the same time, long positions were significantly reduced.

To date, the short position of hedge funds with respect to Brent and WTI oil is equivalent to more than 200 million barrels compared to 60 million recorded in early October 2018.

According to experts, the current situation may exacerbate volatility on the eve of the OPEC summit +. Market players expect that Saudi Arabia will stand for a reduction in oil production, despite pressure from the United States.

Currently, Brent crude prices have stabilized above $ 60, recovering 3% after a 12% collapse over the past week. According to Tamas Varga, a strategist at PVM, before the OPEC meeting, further development of the situation will depend on the market reaction. He is supported by another expert, Amrita Sen from Energy Aspects, believing that the cartel countries need to be active in defending their position. In the case of OPEC inaction, oil prices will be at the bottom, in the $ 40 + range, the analyst is sure.

Note that over the past two months, the supply of black gold in the market is growing faster than demand. The volume of oil production in the United States rose sharply, while Saudi Arabia and Russia also increased oil production. According to experts, these volumes fully compensate for the potential supply shortage after the resumption of anti-Iran sanctions. According to analysts, the fundamental indicators of the oil market indicate the need to reduce production in Saudi Arabia. The reason for this was the record production in the kingdom, recorded in November of this year, exceeding 11 million barrels per day. In the case of maintaining the current volumes of oil prices will continue to fall, experts emphasize.

Recall that at the upcoming weekend the leaders of the United States, Saudi Arabia, and Russia will meet at the G-20 summit in Argentina. The price of the event will be the price of black gold. The issue of reducing oil production will also be raised.