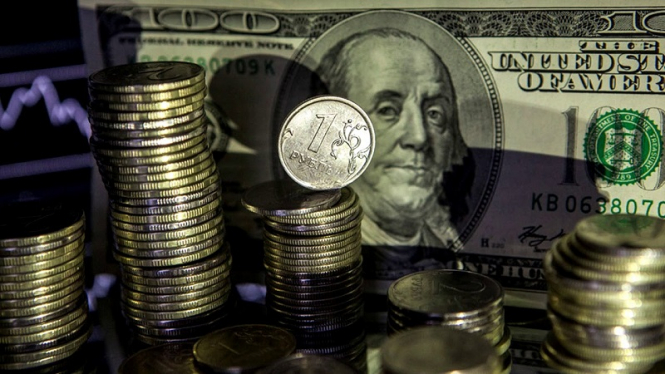 The purchase of higher-yielding currencies of the EM segment for borrowed dollars brings 8.5% from the beginning of September last year. This is due to the alleged pause in tightening the Fed policy and the achievement of a trade agreement between Washington and Beijing. Volatility in financial markets weakened, the one-month figure fell in 20 of the 23 currencies of emerging markets. The profitability indices of the game on the difference in interest rates, or carry trade, increased in all three areas.

On Wednesday, the JPMorgan Global FX volatility index fell to 7.89%.

"Against the background of the prospects of more moderate actions by the Central Bank of developed countries and pleasant economic surprises, the carry trade strategy brings good results," said global strategists at Aberdeen Standard Investments in Edinburgh.

Carry trade is reborn after last year's stakes in this strategy led to the largest losses since 2015. This was due to a significant increase in the dollar rate and an increase in expectations for interest rates. It is noted that over the past five years, the most successful opportunities for rates on the appreciation of the EM segment through the carry-trade, in February and December 2016, September 2018, coincided with peaks in the volatility of exchange rates.

Naturally, no one can guarantee that such a favorable situation will last forever, sharp fluctuations may return to emerging markets, and this is disturbing. In addition, traders who wish to earn at higher local interest rates have the bitter experience gained in November 2016, when Donald Trump unexpectedly won the presidential election. Market participants also remember August 2018 well, a wave of currency crisis hit the developing regions.

Rabobank New York division strategists call an important aspect the level of liquidity that must always be kept in sight. Taking as a basis their predictions on the carry strategy with regard to volatility, they primarily focus on the Turkish lira, the Indonesian rupee, the Indian rupee, the Mexican peso, and the Russian ruble.

This year, buying pesos of Mexico for borrowed American dollars brings more than 3%, which is the fifth among the best results in the EM segment. A year earlier, the profitability of the strategy was twice as high. The Mexican currency was the only one with a positive yield to 2018. Now the leaders of the Russian ruble. Thus, the yield on the game on the difference in interest rates almost reaches 6%.

In Wells Fargo, the Mexican peso and the Indonesian rupee are distinguished on a par with the Russian ruble. However, they recommend being extremely careful. In their opinion, one should not hurry with large rates due to the risk of volatility returning.

Meanwhile, the ruble is oppressing the dollar, winning the mark of 66, and experts have already set their sights on 65.