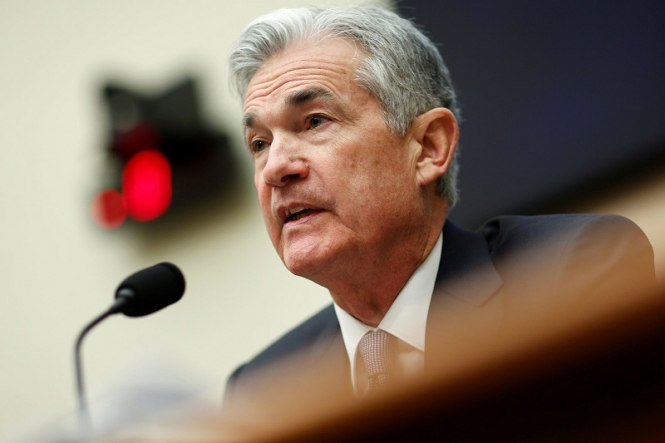 The dollar fell sharply and aggressively, continuing to decline on Thursday after Jerome Powell announced that interest rates were "slightly below" the neutral level.

Undoubtedly, the comments indicate a significant change in the position of the head of the Fed. In October, he said that the regulator is still "far from neutral rates." What has changed in a month? The Fed has figured out what kind of rate is neutral, or the Central Bank considers it necessary to pause the tightening of the policy. The second option is closer to the truth since the macroeconomic data is deteriorating, the stock market is declining, and the fall in oil and gas slows down inflation. Therefore, there is no longer a need for regular rate increases.

Powell's comments were unexpected and took the currency market traders by surprise, as well as stock market investors who rushed to close short positions, provoking the strongest Dow day rally in the last 8 months. Due to the growth of more than 600 points, the price has significantly risen with a high beta coefficient, Australian and New Zealand dollars, the British pound and the euro.

Powell is still confident in the stable growth of the country's economy in conditions of low unemployment and inflation of about 2%. However, official comments in the context of the recent dynamics of the US stock market and data indicate that, in his opinion, a too rapid rate hike will slow US GDP growth. The market is already feeling the consequences of tightening policy, the head of the regulator said.

In early November, futures on federal funds rates took into account the December tightening policy. Next, there should be a pause until March. To date, expectations have not changed. In essence, with the chances of raising rates in March at 40% and 56% in June, the curve predicts only one tightening in the new year, while the Central Bank talks about three rounds. It is worth emphasizing once again that market participants adhered to this point of view at the beginning of November, which means Powell's comments did not greatly influence their expectations. However, Powell provided traders in the foreign exchange market with the opportunity to sell an overbought dollar and buyback sharply cheaper stocks.

It is clear that now, the dollar market can undergo drastic changes. But do not forget about external factors that determine the dynamics of other currencies. Economic growth in the eurozone continues to slow, and recent comments by the ECB President Mario Draghi were pessimistic. China still has trade disputes with the United States, and the risk of harsh Brexit prevents traders from buying a pound. Often, the dynamics of other currencies determines the increased appetite of players for the dollar.

In addition to Powell, there are other officials at the Fed who are worried about the too rapid pace of policy tightening. If the tone of the next FOMC statement is changed, investors may forget about the dollar rally. Releases on income and expenditure of individuals, as well as FOMC protocols, will be an important test for Greenback. The sale of the dollar will intensify when data is released worse than expected, or if the protocol shows a cautious approach by the Central Bank.

They see no reasons for strengthening the dollar and analysts of the Japanese investment company Shinkin Asset Management. According to them, in the next six months, economic data for the United States will begin to confirm Powell's words, which will mean the end of the rate growth cycle.

Now, the US economy is still stable, and the dollar maintains relative calm on the eve of the G20 summit. Negotiations between the presidents of the United States and China may lead to a truce in the trade war between world giants.