Oil is between two fires - ConsultFX

Oil is between two fires 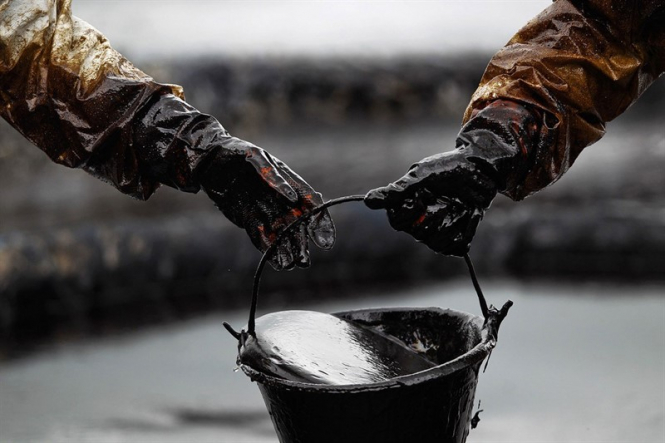 The beginning of the week on the oil market was quite volatile. On Monday, the trading range of quotations was quite wide. Thus, during the day, a barrel of raw materials of the Brent variety managed to rise in price to a 2-month high and drop in price to a weekly minimum.

Today, the black gold of this brand is traded near the mark of $ 62 per barrel.

According to experts, the volatility of quotations is explained by the presence of opposing factors.

On the one hand, geopolitics speaks in favor of price increases.

In particular, market participants continue to monitor the situation in Venezuela, fearing a decline in oil supplies from this country after the introduction of new restrictions on it by the United States. Earlier, the US Treasury announced that sanctions apply not only to the export of Venezuelan oil to the United States, but also to all transactions carried out with the participation of the US financial system.

On the other hand, a strong dollar is against the rise in quotes. On the eve of the greenback, decently gaining weight against most of its competitors in the G10, prevented the barrel of Brent raw material from gaining a foothold above the $ 63 mark. This fact, apparently, indicates the absence of drivers at the current stage, sufficient to move prices up.

Despite the fact that the breakdown of an important level turned out to be false, attempts to break through to new heights can be regarded as some improvement in the technical picture.

Thus, it remains only to wait for the emergence of more significant catalysts that will open the way for a more sustainable rise in prices. It is assumed that such may be the settlement of the trade conflict between the United States and China. In the meantime, we continue to follow the dynamics of the dollar exchange rate, as well as news from the geopolitical front, where further destabilization of the situation could provoke another surge in purchases in the commodity segment.