Gold prices have been waiting - ConsultFX

Gold prices have been waiting 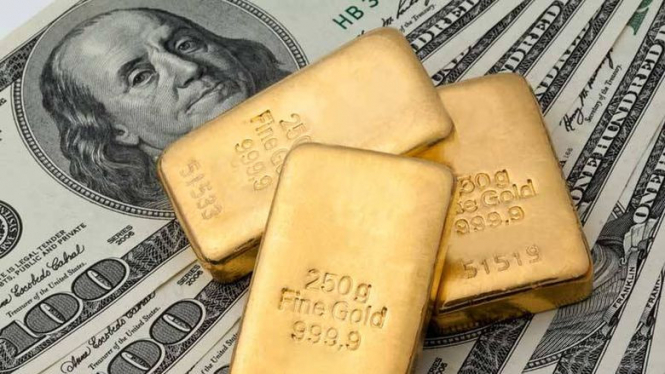 According to experts, the cost of the yellow metal retains the current positive trend, while waiting for the situation to unfold in the market for precious metals. Experts are sure that the G20 summit and the actions of the Federal Reserve will determine further gold prices.

The attention of market participants is directed to the upcoming G20 summit, at which Chinese leader Xi Jinping and US President Donald Trump are to meet. Experts are concerned about how this meeting will affect the value of gold, and whether the "safe haven" asset can demonstrate a rally on the eve of the talks on November 30, 2018.

Many investors holding positions in gold may try to increase them, but if the stock market and the US dollar strengthen their positions, the yellow metal will remain in the current range, from $ 1212 to $ 1235 per ounce.

On Tuesday, November 27, the global stock market traded under pressure after Donald Trump refused to lower tariffs on Chinese goods worth $ 200 billion. Analysts believe that there is practically no hope of a truce with China at the G20 summit. Recall, the American president plans to introduce additional tariffs in the amount of 10% or 25% for goods from China worth $ 267 billion.

According to Walter Pehowich, Executive Vice President of Investments at Dillon Gage Metals, the direction of the precious metals market will depend on the outcome of the negotiations between Washington and Beijing. If they fail, investors will actively invest in safe assets such as gold and silver. If uncertainty remains after the summit, the yellow metal will need to overcome the current barrier of $ 1,232 to form a new trend, the expert is sure.

Satendra Singh, a leading technical analyst at commodities, agrees with him, noting that the gold market is "at a turning point." He believes that the bulls are ready to begin an aggressive growth of quotations from current levels, and a turning point will be overcoming the mark of $ 1,235 per ounce.

Recall that in February of this year, gold was trading above the level of $ 1,360 before the Fed raised interest rates three times, which provoked a decline in quotations. Since October 2018, the precious metal has gradually become more expensive. This was facilitated by the global sale of the stock market. Gold strengthened to three-month highs, being at around $ 1244. However, in December of this year, the regulator plans to raise rates for the fourth time in a year, and the market is in suspense. It is a little disoriented and difficult to choose a direction.

On Monday, November 26, the December gold futures on the New York Mercantile Exchange fell 0.7% to $ 1222.4 an ounce against the strengthening of the US dollar.

In the near future, investors' attention will be directed to the speech of Jerome Powell, Fed Chairman, to be held on Wednesday, November 26, in the New York Economic Club. The head of the regulator will provide the report "Principles of the Federal Reserve System in Monitoring Financial Stability". On Thursday, November 29, the minutes of the last meeting of the Central Bank are expected to be published. Experts believe that these events will largely determine the future direction of the gold market. Many analysts strongly recommend acquiring the yellow metal in the near future, considering that the precious metal is undervalued. According to Tom Beller, a strategist of the Chicago-based company RJO Futures, the price of the precious metal will not reach the level of $ 1,250 now, but things can change in a matter of days. He is sure that the best buy at the moment is gold since this safe-haven asset is cheap and stable.