Dollar bulls are going through hard times: rumors of a slowdown in the Fed's interest rate increase are increasing like a snowball. And recently, not only the Fed's actions next year have been questioned, but also the December rate hike, although the likelihood of this step is already in many ways embedded in current prices. Such an unexpected turn of events puts pressure on the US currency, especially against the background of a possible trade truce between the United States and China.

It is not surprising that the euro- dollar pair started the trading week not from the usual sluggish flat. Despite Friday's pullback, the price has broken through the boundaries of the 14th figure and is trying to rise to the nearest resistance level - 1.1450 (the top line of the Bollinger Bands indicator on the daily chart). Morning fluctuations in the dollar index indicate traders' nervousness: the indicator showed impulsive movements and "dived" to the level of 95.86, whereas last week it was around 97 points. This market behavior suggests that traders are seriously concerned about the fundamental background of the US dollar. 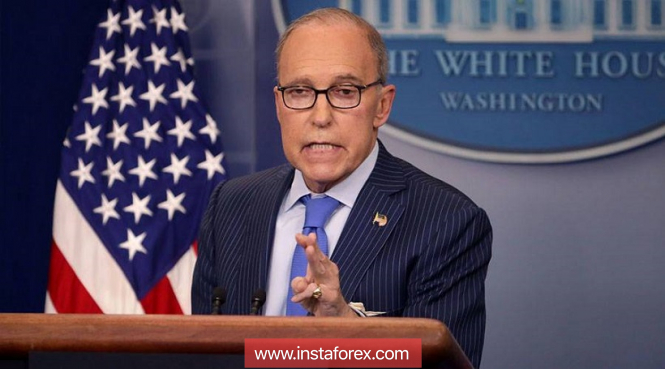 The "black band" for the American currency began with the "dovish" comments of the deputy head of the Fed Richard Clarida, who in November announced that the interest rate was "close to its neutral level". Later, this thesis was repeated by Jerome Powell, however, in a rather veiled interpretation (therefore, there were disputes in the market about whether traders understood his message correctly) - he said that the rate was "slightly lower" than the range that can be considered neutral. And although this range is quite wide (from 2.5% to 3.5%), Powell's similar rhetoric leveled his own intentions to exceed the neutral level - he spoke about this literally at the beginning of autumn.

In other words, members of the regulator began to actively hint that in the foreseeable future, the Fed will put the process of tightening monetary policy "on hold". Such prospects exerted background pressure on the dollar and only indirectly influenced the dynamics of the currency. However, when the market began to voice doubts about the rate hike in December and March, the situation took a completely different turn.

This weekend, an interview was published in the American press by Larry Cudlow, who since spring this year has been the economic advisor to the US president. To the surprise of many experts, he said that the Fed may soon take a waiting position in the process of tightening monetary policy - literally after the December increase. Moreover, he admitted the likelihood that Fed members would not raise rates at the December meeting in order to assess the dynamics of key economic indicators. In his opinion, members of the regulator are concerned about the weakening of the growth rates of the main inflation indicators, given the recent releases. 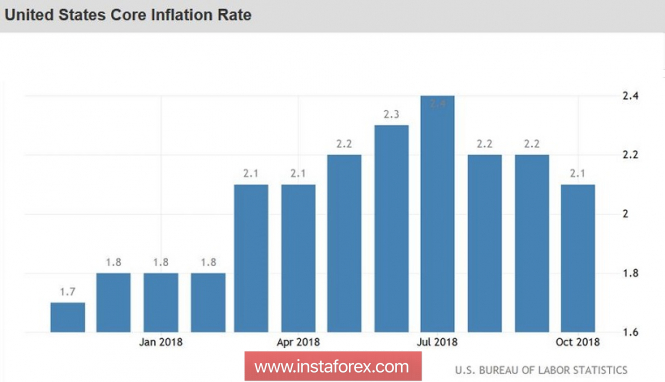 Thus, core inflation, excluding the prices of food and energy, in annual terms really decreased slightly - to 2.1%. In the previous month, experts also expected Core CPI growth, but the figure remained at the same level, demonstrating stagnation. Also, other inflationary indicators are extremely disappointing : the basic price index of personal consumption expenditures, the labor cost index, the growth rate of average hourly wages — all these figures were worse than expected, confirming a weak inflation rate in the country. Fed members may be alerted not by the current values of the above indicators, but by the trend itself, which is clearly negative. In the appendage to everything.

Last week, the head of the Federal Reserve Jerome Powell could dispel these doubts (or confirm them). However, his planned speech in Congress was canceled due to the declaration of national mourning. Now the Fed members must abide by the so-called "silence regime" in anticipation of the last meeting this year, which will be held December 18-19. Therefore, traders remained in a certain ignorance, and the comments of the representative of the White House only heightened their experiences regarding the future prospects of monetary policy. The probability of a December increase is still quite high - 74%, while the March prospects look different: the market lays only 20% of the probability that the regulator will increase the rate from 2.5% to 2.75%.

All this suggests that the euro-dollar has untapped potential for further corrective growth. As I said above, the first target of the bulls eur / usd is the mark 1.1450 (the top line of the Bollinger Bands on D1). If the price consolidates above this level, the next target of the northern movement will be the mark of 1.1560 (the upper limit of the Kumo cloud on the same timeframe). However, the achievement of this target will depend on the dynamics of growth of key indicators of US inflation in November: the release is scheduled for this Wednesday, December 12.